The American Nuclear Society Savannah River Section (ANS-SR) is once again offering one-year scholarships to qualifying current high school seniors and technical college students in the memory of its long-time member, Dr. Richard (Dick) Benjamin. The ninth year of the Benjamin Memorial Scholarship is a competitive award for academic study in science, technology, engineering, and mathematics (STEM) for the upcoming 2022-2023 academic year. This letter contains application information for the scholarship. Please feel free to circulate the information to qualified student candidates who are interested in pursuing careers in STEM, particularly those wishing to major in one of the many fields associated with nuclear science, engineering, and technology.

For the 2022-2023 academic year, the Scholarship Committee will base its award levels on the number and quality of the applicants. As in previous years, the Benjamin Scholarship can be applied to the first year of a four-year college program or either year of a two-year technical college curriculum.

Dr. Benjamin was a nuclear physicist who contributed to the atmospheric sciences, accelerator programs, and fuel cycle and waste management technologies, and other technical areas for several decades in a distinguished career that began in 1968 at the Savannah River Laboratory (now the Savannah River National Laboratory). He mentored countless new professionals in the nuclear science and technology areas and was a strong proponent of ANS at the Aiken-Augusta area (local), national, and international levels. The Scholarship is named in his memory, is awarded by the Savannah River Section of ANS on an annual basis.

Applicants for the Benjamin Scholarship should be current high school seniors or first-year technical school students who are currently attending school in one of the counties in the Central Savannah River Area (CSRA*). The intent of the Scholarship is that it be applied to the first-year college costs of a four-year college or university towards a STEM major, or any year of a two-year technical college program related to nuclear science and technology.

Scholarship Award amounts to be based on number & quality of applications.

1) Email with attachments to: ans.savannahriver@gmail.com,

Scholarship Award(s) will be announced in June 2022.

The ANS Savannah River Scholarship is named for Dr. Richard Benjamin, who was a mentor to many nuclear science and technology professionals in the Aiken-Augusta area for over four decades.  He received his B.A. in Engineering from Lamar University, M.S. in Nuclear Engineering from Southern Methodist University, and earned his PhD in Nuclear Physics from the University of Texas in 1965.  After a three-year post-doctoral study at the Swiss Federal Institute of Technology, Dr. Benjamin came to the Aiken-Augusta area in 1968 with the acceptance of employment at the Savannah River Laboratory (now Savannah River National Laboratory).  He worked in many technical areas during his Savannah River Site career, most notably being the Reactor Physics, Atmospheric Technologies, and Advanced Planning Groups, and the Accelerator Production of Tritium Project. During his long and illustrious ANS career, he was active with two of its divisions, the Fuel Cycle and Waste Management and Environmental Sciences Divisions, and served as a chair for each one at different times in his career.  In June 1992, Dr. Benjamin represented ANS at the first United Nations Framework Convention on Climate Change held in Rio de Janeiro, Brazil.  Dr. Benjamin was co-director of the local Tasters Guild, a wine and food appreciation society, and was an avid supporter of the Augusta Opera and the Augusta Choral Society. He also enjoyed outdoor activities such as hunting and skiing, and helped found the Aiken Dove Club.  He was a co-founder and proprietor of Wine World in North Augusta. 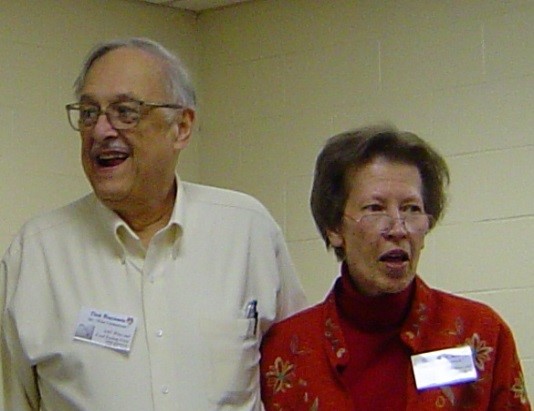 The Savannah River Section of the American Nuclear Society (ANS) awarded two 2021-2022 Benjamin Memorial Scholarships to Central Savannah River Area students at a June 24th dinner meeting at Newberry Hall in Aiken.  The Benjamin Scholarship students for this year are Jayme Still of Barnwell High School in the Technical College Category, and Ekow Aidoo of Augusta Preparatory Day School in the University Category.

The awards preceded a presentation by Dr. Lindsay Shuller-Nickles, Associate Professor of Environmental Engineering and Earth Sciences at Clemson University.  Dr. Shuller-Nickles talk was entitled, “Atomic-Scale Journey through the Nuclear Fuel Cycle,” and explored the development of the current inventory of used nuclear materials in the U.S. and considered future changes in the nuclear fuel cycle from a waste management perspective viewing through atomic scale lenses.

The near-term plans of the two Scholarship winners are in keeping with the STEM core areas intended for support through the Benjamin Memorial awards.  In August of this year, Mr. Still will begin his work at Orangeburg-Calhoun Technical College in the field of Electrical Instrumentation. At the presentation ceremony, Mr. Still was joined by his parents, Amber and Jason Still, and his sister, Allison.

The University Category Scholarship recipient, Mr. Aidoo, will pursue Materials Science and Engineering at the Massachusetts Institute of Technology.  On the evening of the ANS awards meeting, he had already started a summer session at MIT, and so was represented at the Scholarship ceremony by his parents, Mary Arthur and Daniel Aidoo, and a visiting cousin, Ben Osei-Poku (See Figure 1).  Mr. Ekow Aidoo is shown in Figure 2. 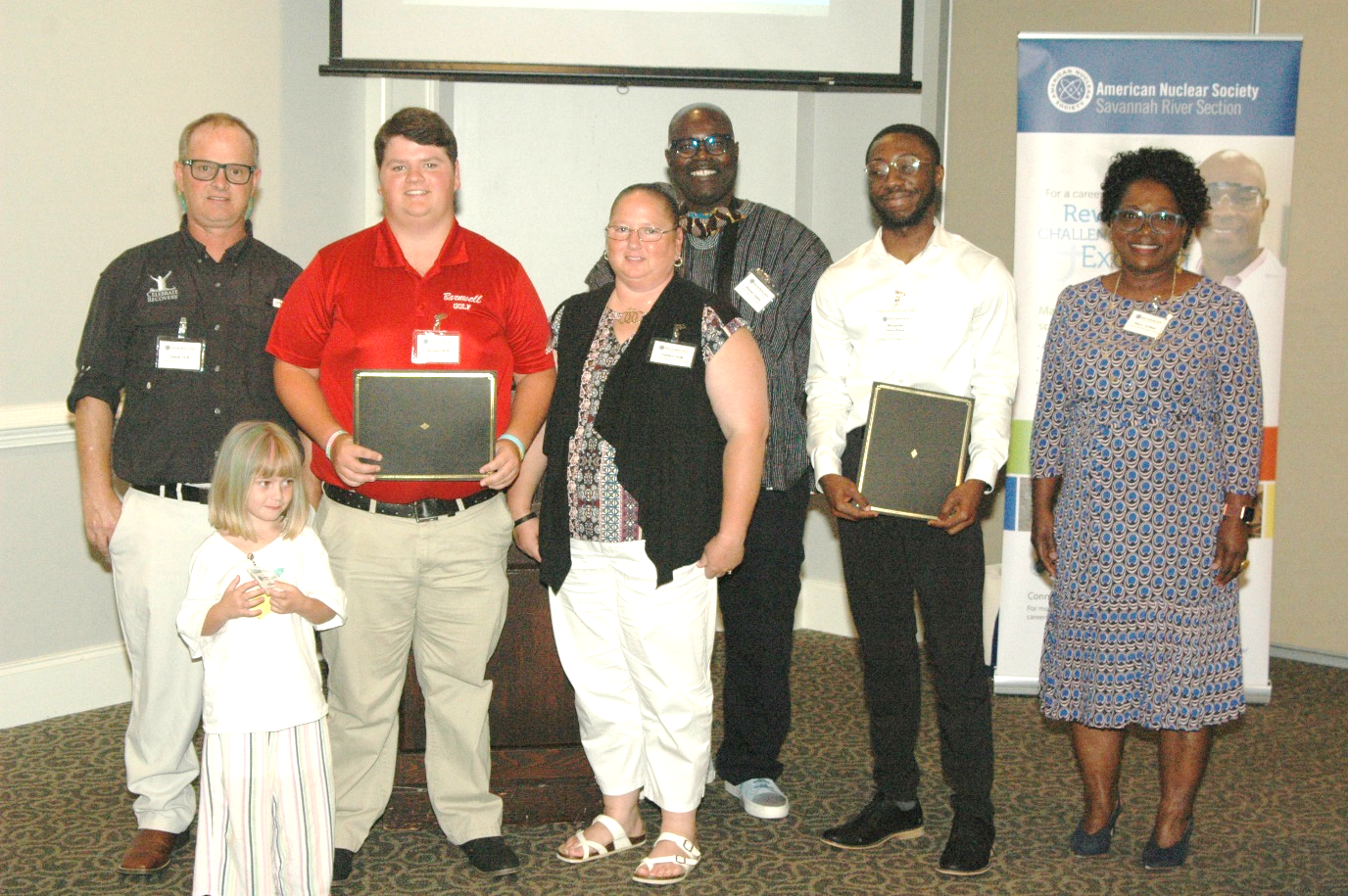 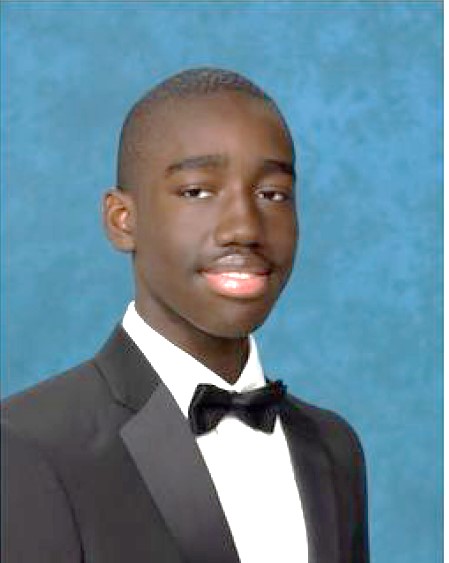 In addition to the Scholarship awards, four students are being recognized at the runners-up level through Benjamin Commendation awards.  Students receiving the Commendation Award are:

Follow this link to see some of our other Past Winners

The Benjamin Scholarship is made possible generous donations.  We are grateful for the many individual charitable gifts made by members and friends of the Savannah River Section of ANS.

ANS-SR would also like to thank all of the local businesses that helped make this award possible. Contributors to the 2020 Benjamin Scholarship included