The French Section of the American Nuclear Society (SFANS) is a learned Society, the statutory mission of which is to promote cooperation between France and the United States in the field of peaceful nuclear energy.

The American Nuclear Society is celebrating 60 years as the premier society for nuclear professionals. Our individual membership ranks include more than 10,000 engineers, scientists, educators, students, and others with nuclear related interests. Our members hail from more than 1,600 corporations, educational institutions, and government agencies from over 40 different countries. More than 80 industry-leading companies support the ANS as Organization Members.

ANS, a not-for-profit society, provides extensive opportunities for every professional group in the nuclear field to interact effectively via 22 divisions and technical groups, 40 local sections, 3 plant branches, and 57 student sections

The CEA is a major player in research, development, and innovation. It focuses on three main fields: energy; information and health technologies; and defense. Through the diversity of its programs, it pursues two major objectives: (1) to become the leading European scientific and technological research body and (2) to guarantee the continuation of the nuclear deterrent. It intends to achieve these objectives through a mutually beneficial crossed engineer/researcher culture, favoring synergies between fundamental research and technological innovation, exceptional installations (super computer, research reactor physics instruments, power lasers, etc).

The CEA is fully involved into the industrial and economic fabric with a staff of over 15,000 employees, and a budget of $ 2.7 billions. The CEA operates nine centers throughout France and takes advantage of the presence and solid partnerships with other research bodies, local institutions, and universities. In order to encourage the transfer of knowledge, the CEA places strong emphasis on education and information to the public. Recognized as an expert in its fields, the CEA is a full partner of European research and is increasingly present at the international level.

The AREVA group is the worldwide leader in energy (nuclear reactors, nuclear fuel cycle, and electricity transmission and distribution) and aims for one-third of the global nuclear market. The AREVA group has manufacturing facilities in over 40 countries and a sales network in over 100. Today, the group has 70,000 employees with sales of revenues of € 10.1 millions in 2005.

The EDF Group is an integrated energy company, active in all businesses involving generation, transport and distribution and energy selling and trading. It is the world’s leading operator of nuclear power stations and Europe’s leading electricity producer as well as France’s leading electricity supplier. The Group also has solid positions in the United Kingdom, Germany and Italy and operates in strategically targeted areas in the rest of the world .

EDF controls the entire life cycle of its nuclear power stations. The company constructs its installations and takes complete technical and financial responsibility for deconstructing them at the end of their operating life.

The construction of a first EPR reactor at Flamanville, in Normandy, with a capacity of 1,650 MW, is an essential stage in the renewal of EDF’s nuclear generation capacity and represents a major industrial challenge. In the current economic conditions (2008), the cost of this investment is estimated at 4 billion euros, which gives an estimated generation cost of 54 euros per MWh. Commissioning of the plant is planned for 2012.

The EDF group is actively reaching a strategic forward step at international level, as constructor of new reactors, and co-investor in this area on the two largest markets worldwide , namely The US and China. The Group intends to invest 40 to 50 billion euros into the EPR until 2020. Meanwhile, EDF has acquired British Energy, the British nuclear power operator, in September 2008, a major step into the future of the EDF Group which intends to build four EPR in the United Kingdom at the 2025 horizon. 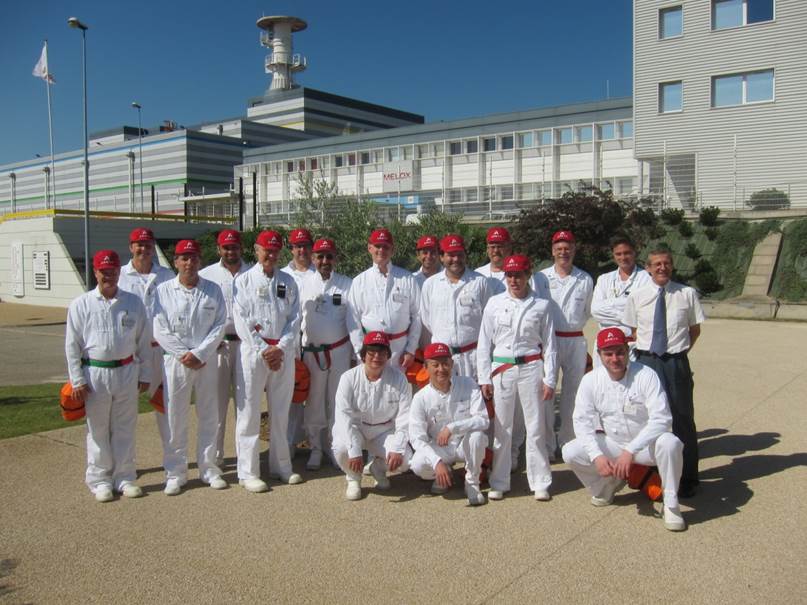